NWO Plans Exposed By Insider In 1969

remember the famous “silent weapons for quiet wars” document, as appeared in “Behold a Pale Horse” by the late and great Bill Cooper?

Jack Flynn tweeted the “sequel” so to speak:

In the tweet, Flynn posted an article that is a transcript of a lecture from 1969, and it is extremely “prophetic”, as it depicts the “NWO” plans by “the cult”:

"The article is a transcript of two out of three tapes on the “New World System.” Tapes 1 and 2 were recorded in 1988 and are the recollections of Dr. Lawrence Dunegan regarding a lecture he attended on March 20, 1969 at a meeting of the Pittsburgh Pediatric Society.

The lecturer at that gathering of pediatricians (identified in tape 3 recorded in 1991) was a Dr. Richard Day (who died in 1989). At the time, Dr. Day was Professor of Pediatrics at Mount Sinai Medical School in New York. Previously he had served as Medical Director of Planned Parenthood Federation of America.

Dr. Dunegan was formerly a student of Dr. Day at the University of Pittsburgh and was well acquainted with him, though not intimately. He describes Dr. Day as an insider of the “Order” and although Dr. Dunegan’s memory was somewhat dimmed by the intervening years, he is able to provide enough details of the lecture to enable any enlightened person to discern the real purposes behind the trends of our time".

NWO Plans Exposed By Insider In 1969. You will be astonished by this article.

IS THERE A POWER, A FORCE OR A GROUP OF MEN ORGANIZING AND REDIRECTING CHANGE?

EVERYTHING IS IN PLACE AND NOBODY CAN STOP US NOW

PEOPLE WILL HAVE TO GET USED TO CHANGE

THE REAL AND THE STATED GOALS POPULATION CONTROL

PERMISSION TO HAVE BABIES

REDIRECTING THE PURPOSE OF SEX

CONTRACEPTION UNIVERSALLY AVAILABLE TO ALL

SEX EDUCATION AS A TOOL OF WORLD GOVERNMENT

FAMILIES TO DIMINISH IN IMPORTANCE

EUTHANASIA AND THE ‘DEMISE PILL’

THE CONTROL OVER MEDICINE

SUPPRESSING CANCER CURES AS A MEANS OF POPULATION CONTROL

INDUCING HEART ATTACKS AS A FORM OF ASSASSINATION

EDUCATION AS A TOOL FOR ACCELERATING ONSET OF PUBERTY AND EVOLUTION

BLENDING ALL RELIGIONS, THE OLD RELIGIONS WILL HAVE TO GO

CHANGING THE BIBLE THROUGH REVISIONS OF KEY WORDS

THE CHURCHES WILL HELP US

RESTRUCTURING EDUCATION AS A TOOL OF INDOCTRINATION

MORE TIME IN SCHOOLS, BUT THEY WOULDN’T LEARN ANYTHING

SCHOOLS AS THE HUB OF THE COMMUNITY

BOOKS WOULD JUST DISAPPEAR FROM THE LIBRARIES

THE ENCOURAGEMENT OF DRUG ABUSE TO CREATE A JUNGLE ATMOSPHERE

THE NEED FOR MORE JAILS, AND USING HOSPITALS AS JAILS

SPORTS AS A TOOL OF SOCIAL CHANGE

SEX AND VIOLENCE INCULCATED THROUGH ENTERTAINMENT

KNOW HOW PEOPLE RESPOND - MAKING THEM DO WHAT YOU WANT

SURVEILLANCE, IMPLANTS, AND TELEVISIONS THAT WATCH YOU HOME

OWNERSHIP A THING OF THE PAST

THE ARRIVAL OF THE TOTALITARIAN GLOBAL SYSTEM

IS THERE A POWER, A FORCE OR A GROUP OF MEN ORGANIZING AND REDIRECTING CHANGE?

A good video someone sent me. 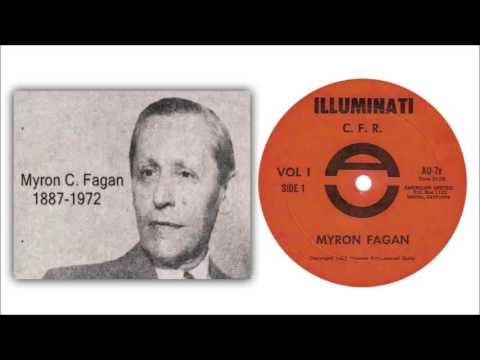 Sounds like the live in CCCP.
My Grandmother allways told me, how the live there was.
PC was invented by the Soviets.

Yeah but this is the CCCP but on a global scale